The Suarez family saga reaches the third generation as the ethnic conflict brings the entire world to the brink of war. 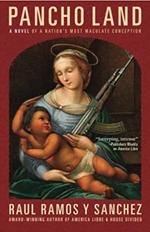 Latino insurgents are waging a bitter civil war. Sarah Evans was once their hostage in Los Angeles, a rebel stronghold in a war-torn Southern California. Sarah’s return to L.A. embroils her in a plot to destroy a Midwestern city with a suitcase nuclear weapon—and threatens to land her on death row. Meanwhile, the ethnic conflict in the U.S. has escalated, bringing the entire world to the brink of war.

Barnes and Noble
Books A Million

Buy at an Indy Bookstore

As a firsthand witness to the Western Hemisphere’s momentous changes during the first half of the 21st century, I have tried to record these events without currying favor among those who prevailed or seeking pity for those who did not.

Looking back at these events after five decades as a journalist, I see little difference between the two. 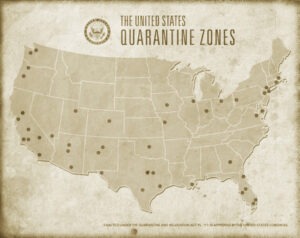 The rhythmic beat of water falling somewhere in the darkness was Sarah’s last link to reality. The steady sound gave her a focus, something to distract her from the terror of being alone in total darkness. After her last meal, The Leader had moved her to this place that could only be part of a sewer. The dank, fetid smell had convinced her of that.

Handcuffed by her left wrist to a vertical pipe, she could move only a single step in any direction. On the filthy floor around her were a mattress, a bottle of water, and a wretched-smelling pot for her excretions.

By tossing pebbles into the darkness and listening, Sarah had determined she was at the dead end of a long tunnel. In the beginning, she’d tried calling out—softly at first, then gradually louder. Her voice had echoed back unanswered.

From what she could tell, a couple of days had passed since two masked men had captured her as she jogged near her home in Santa Clarita. Being bound, blindfolded and herded over thirty miles at gunpoint by the pair she’d mentally named The Leader and Nice One had been terrifying. But this solitary horror was even worse.

Alone in a black void, her life before the two Panchos had captured her now seemed like a dream, a time and place that had never really existed. Desperate to make her past seem real, she tried to recall the contents of her bedroom… pictures from her last visit with her dad… her collection of sports trophies… the schoolbooks on her desk…

A distant scuffling brought the terror flooding back. “Hello?” she called out into the darkness, her voice quivering. “Is somebody there?”

“It’s okay, Sarah. Don’t be afraid,” Nice One answered from the darkness, still some distance away.

At the sound of Nice One’s voice, Sarah’s fear began to ebb. She knew it was strange to feel safe around one of the men who’d captured her. But Nice One’s small gestures of kindness were the only comfort she could cling to in this nightmare. All the same, she did not want to show her captors how afraid she really was.

“I just found out where you were.”

“Your boss brought me here. Didn’t he tell you?”

“Never mind. I brought you some stuff,” Nice One said, shining the flashlight onto the mattress. Inside the cone of light, a blanket and a scuffed plastic penlight appeared. “It gets cold down here and the dark can drive you crazy sometimes.”

“Thanks,” she answered. “Why does it get so cold? Are we near the ocean or something?” she asked, hoping to learn where they were holding her. Judging by the time they’d walked, she was sure they were inside one of the L.A. quarantine zones, but which one?

“You shouldn’t ask any questions, Sarah. The less you know, the better it is for everybody,” he said gently. “The penlight’s for emergencies. Don’t use it unless you have to. We don’t have a lot of batteries,” he said, then added, “Oh, yeah. Keep the blanket and the penlight under the mattress, okay? You’re not supposed to have them.”

“Will I get in trouble for having them?” she asked, suddenly anxious.

“I’ve got to go,” he said standing up. “One more thing. Don’t say anything about me being here.”

“Remember, Sarah. You shouldn’t ask questions. I’ll check back on you when I can,” he said before leaving.

Alone in the darkness again, Sarah turned on the penlight and moved the beam around the room, studying her surroundings. She then turned it off to conserve the batteries. To her surprise, she felt a strange euphoria.

Her terror of the dark had vanished.

Get in touch with author Raul Ramos y Sanchez.